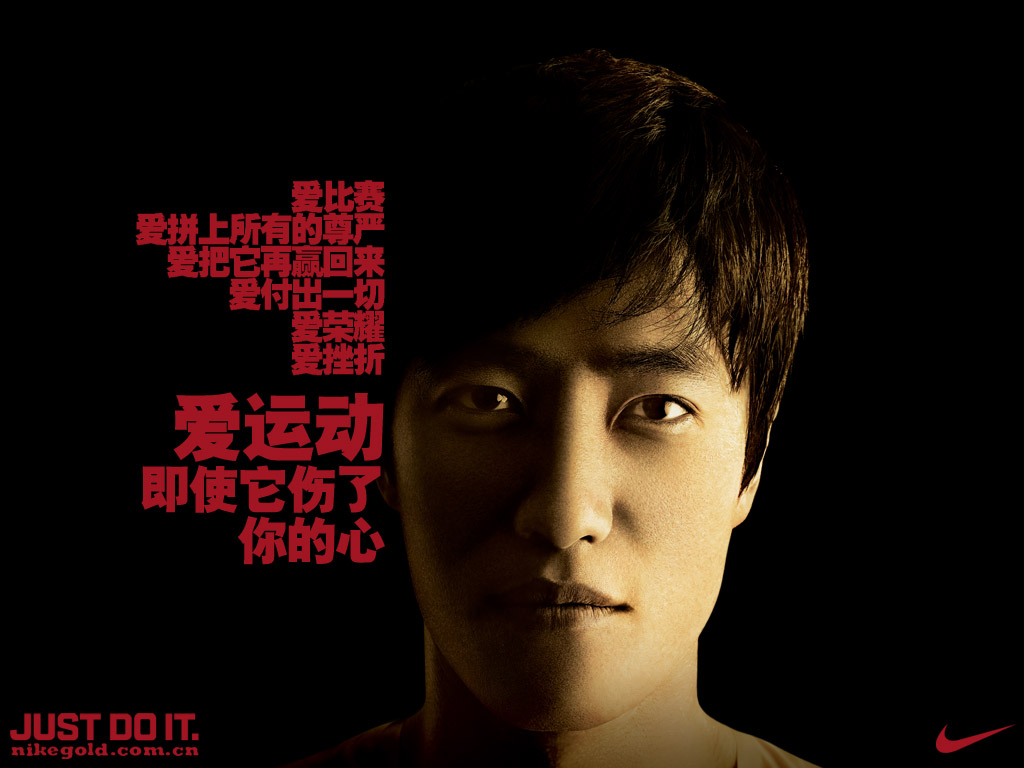 Within hours of his injury at the first hurdle at the 2012 London Olympics, Liu Xiang’s (刘翔) sponsor Nike, had press ads in China newspapers, praising his spirit of competition.

Within a short time of the race, a million posts on Liu Xiang appeared on the Chinese microblog Weibo, reflecting both his celebrity stature and the hopes he carried on his shoulders.

Advertising creatives are paid to be clever and insightful. Nike’s ad agency Wieden + Kennedy perfectly responded to the nations’ collective anguish with a print ad, which ran in many Chinese dailies.

Love competition.
Love risking your pride.
Love winning it back.
Love giving it everything you’ve got.
Love the glory. Love the pain.
Love sport even when it breaks your heart.

This positive approach not only reflects a perspective of sport beyond medallion wearers, but demonstrates the acuity and agility of great advertising.

The partnership of a client and an advertising agency is one which can generate brilliance in communication. A quick-witted creative is complemented by a brave and responsive client prepared to react immediately to capitalise on dramatic circumstances.

It reminds me of a print ad which appeared during the Louis Vuitton Challenge Series prior to the 1995 America’s Cup.

On March 6, halfway through a tough race, the 12 metre racing yacht ‘One Australia’ broke up. In the 2 minutes before the boat sank, all crewmembers quickly removed their seaboots and leapt from the deck. They had no time to don their rarely-worn life-vests. Photographs of the event dramatically showed yachtsmen jumping from bow and stern.

Competing New Zealand boat ‘Black Magic’, was sponsored by popular Kiwi brewer Steinlager. The next day in the New Zealand press, with an ascerbic humor even this Australian yachtie can admire, a double page ad stated boldly

“There’s only ONE thing that goes down faster than a Steinlager”!

Central to the development process is Digital Tsunami’s thorough understanding of the project needs, clear and constant communication, and creative, innovative and meticulous approach to delivering solutions.

It is clear from the enthusiasm and professionalism shown, that Digital Tsunami views each client as a long term partner contributing ideas above and beyond the development of the site and we look forward to involving them in future marketing initiatives.

Angelo Mastropietro
Director
Sydney, NSW, Australia
Kinetic Recruitment
Testimonials
error: We appreciate that you value our content. You are welcome to link to this page, but content is copyright protected.