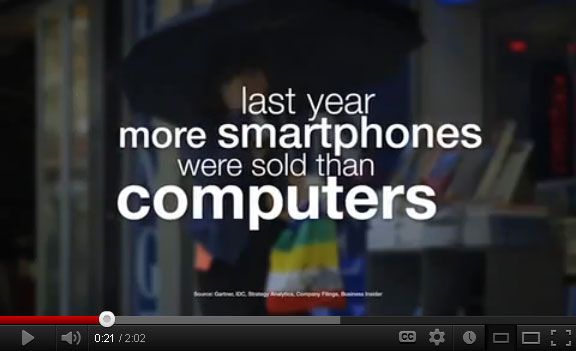 Newsprint has become a Point of Purchase.

What could be easier than pointing your smartphone at a QR code in newspaper ad to buy the product?

QR codes have been around for many years. We are becoming accustomed to seeing them in magazines, on products and retail storefronts. They are even appearing on business cards, but still retain a degree of unfamiliarity for some and innovative impact for many.

Advocates have for many years promoted the conduit which QR codes can provide, between static print and a dynamic online presence.

Datasheets can be out of date immediately upon printing, if text includes data or pricing which is subject to change. Adding a QR code extends the shelf life, delivers higher ROI and adds impact and immediacy, by directing the user to current information and pricing online AND the impetus, opportunity and mechanism to buy.

And the market is ready for this technology, more than ever before.

In 2011, according to statistics from international market researcher Canalys, total annual global shipments of smart phones exceeded those of personal computers (including pads). 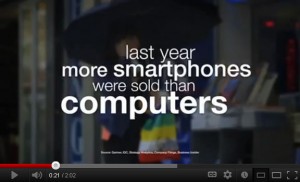 As a video on the initiative states, in 2010 PayPal processed mobile transactions of around A$800 million, but in 2012 sales are projected to reach A$10 billion!

PayPal recently launched the PayPal Here! card reader to process credit card transactions on  smartphones. PayPal, with a presence in 190 markets and over 100 million accounts, is a company of eBay (Nasdaq: EBAY).

PayPal has also established a Joint Venture with leading Internet brand SOFTBANK in Japan to promote PayPal POS solutions including the card reader and merchant app for iPhone.

The awareness and implementation of QR codes as sales and informational tools is only going to increase in the marketplace.

Advanced thinkers are already exploring the creative use of QR codes by integrating non-square graphical elements within the code, for greater visual impact and focus.

Brands which utilise QR codes in a range of print media will capitalise on this innovation and convey a dynamic impression and increased sales.

Andrew and his team have provided consistently good service and met both our needs and expectations. He certainly knows his stuff and delivers workable web solutions in a highly professional manner.

(We) took a fairly substantial audit of .. sophisticated sites both technically and creatively .. Out of six prominent designers, Digital Tsunami stood out.

The quality of the images, the sophisticated management of text .. together with smooth animations makes (our) website of very high calibre.

I would personally rate this site in the top 2 percent of world wide web sites today.

We were very happy with the development process and the outcome. The objectives have all been achieved, in terms of usability and ease of use in updating the site. You definitely nailed both of these.

Dan Usher
Founder
Sydney, NSW, Australia
if3
Testimonials
error: We appreciate that you value our content. You are welcome to link to this page, but content is copyright protected.